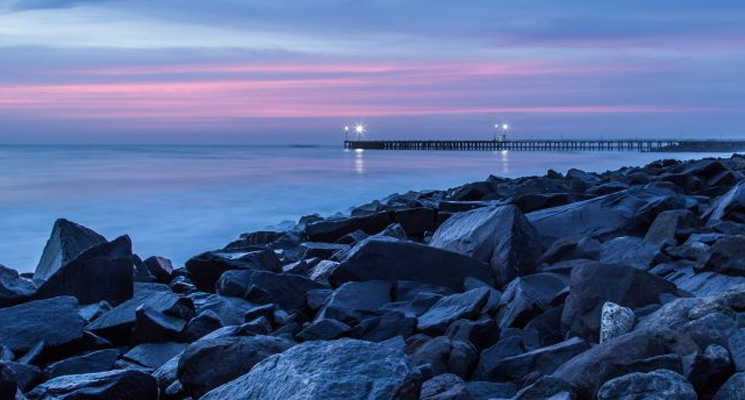 Pondicherry is a popular tourist destination in South India. It is affectionately known as Pondy, and has been officially known by the alternative name Puducherry since 2006. The city has many colonial buildings, churches, temples, and statues which, combined with the systematic town planning and planned French style avenues, still preserve much of the colonial ambiance.

The climate of Pondicherry is tropical wet and dry, similar to that of coastal Tamil Nadu. Summer lasts from April to early June, when maximum temperatures frequently hit the 41 °C (106 °F) mark. The average maximum temperature is 36 °C (97 °F). Minimum temperatures are in the order of 28–32 °C (82–90 °F). This is followed by a period of high humidity and occasional thundershowers from June till September.

The most popular tourist destinations are the four beaches in Pondicherry, which are Promenade Beach, Paradise Beach, The Auroville Beach and Serenity Beach. Sri Aurobindo Ashram, located on rue de la Marine, is one of the most well known and wealthiest ashrams in India. There are a number of old and large churches in Pondicherry, most of which were built in the 18th and 19th centuries. A number of heritage buildings and monuments are present around the Promenade Beach, such as the Children's Park & Dupleix Statue, Gandhi statue, Nehru Statue, Le Café, French War Memorial, 19th Century Light House, Bharathi Park, Governors Palace, French War Memorial, Romain Rolland Library, Legislative Assembly, Pondicherry Museum and the French Institute of Pondicherry at Saint-Louis Street.

Arulmigu Manakula Vinayagar Devasthanam on Manakula Vinayagar Street is a famous Hindu temple, which houses Lord Ganesha. Sri Manakula Vinayagar Temple was in existence before the French came and settled in Pondicherry i.e. before 1666. According to Sasthra, Lord GANESHA is named in 16 types based on his various forms, out of which this god facing the east coast near the Bay of Bengal was named as Bhuvaneshar Ganapathy, now called as Manakula Vinayagar.

Thirukaameeswarar Temple is one of the ancient temples located in a rural town called Villianur, which is located about 10 km away (towards Villupuram) from Pondicherry town. This temple is renowned as Periya Koil "Big Temple". The prime god is Lord Shiva and the prime goddess is Goddess Kokilambigai. In addition, there are also other Hindu gods such as Murugan, Vinayagar, Thakshanamoorthy, Perumal, Bhramah, Chandikeshwarar, Natarajar, Navagrahah, and 63 Naayanmaars.

Puducherry Botanical Gardens is located south of the New Bus Stand. Chunnambar Backwater resort is situated 8 km from Pondicherry, along the Cuddalore Main Road. This tropical resort is flanked by a quiet-flowing creek on one side. Boating and tree house are very popular.

Benefits of renting a car with Carsedge

Carsedge has reached the amazing and rare place by offering personalized solutions for short term and long-term car hire services in Pondicherry. Our business is widely known for its reputable, genuine, more comfortable and also reasonable services. We give you cars with very well mannered, properly trained, respectful and bilingual chauffeurs who promise the complete safety, security and protection of your travel.

We provide additional special discounts on weekday bookings. It is actually beneficial to rent a car from Chennai to Pondicherry with us on a weekday, if you want to make good savings and energy. We have complementary corporate deals for special business customers. Carsedge offers you the extreme very best feature to reserve your car at a quickest and most affordable price.

Offer Of the day 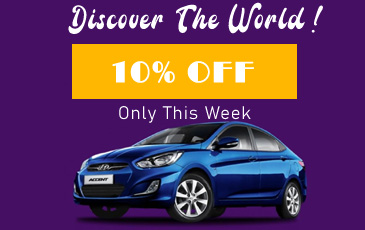 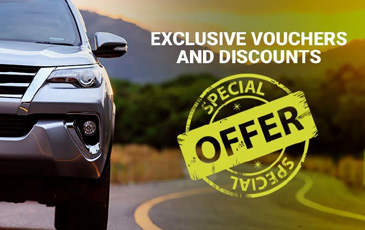 Carsedge Rental Cars is the cheapest Chennai car hire that offers a wide range of car rental services.
They are also one of Chennai's Domestic and International Airport car rental provider.